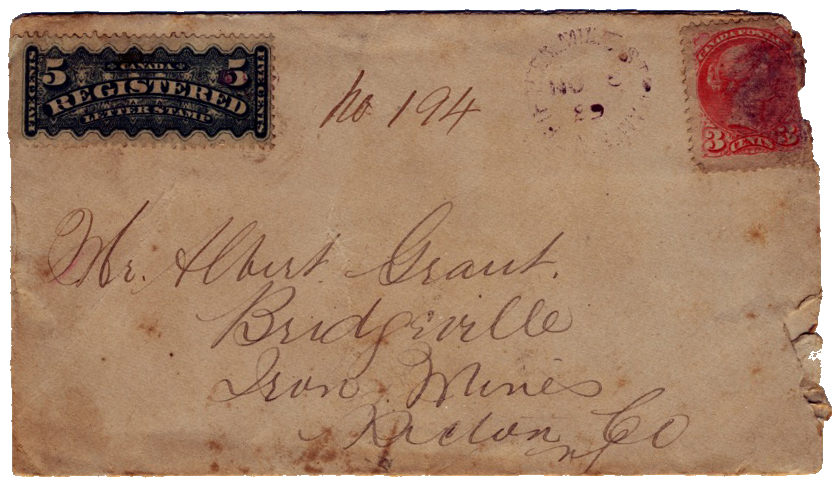 Sometimes it’s what’s inside an old envelope that means more than the stamps and other markings on the  outside. Inside this registered letter to Albert Grant is a letter from his young son, Arthur W. Grant, that  was a true labor of love as the hand-drawn lines, careful printing and dots between each word indicate.  Arthur is writing to his father from the town of Bridgeville. His father is working in the iron mines in the region.

Santa Claus and Christmas are on young Arthur’s mind, as well as a mouth organ and necktie. But it seems that more than anything, Arthur wants to know if his Father will be home for Christmas. The little boy  pencils numerous “X’s” to indicate love and kisses for his Father.

What a sweet letter, as well as being visually “alive” with Arthur’s handiwork. 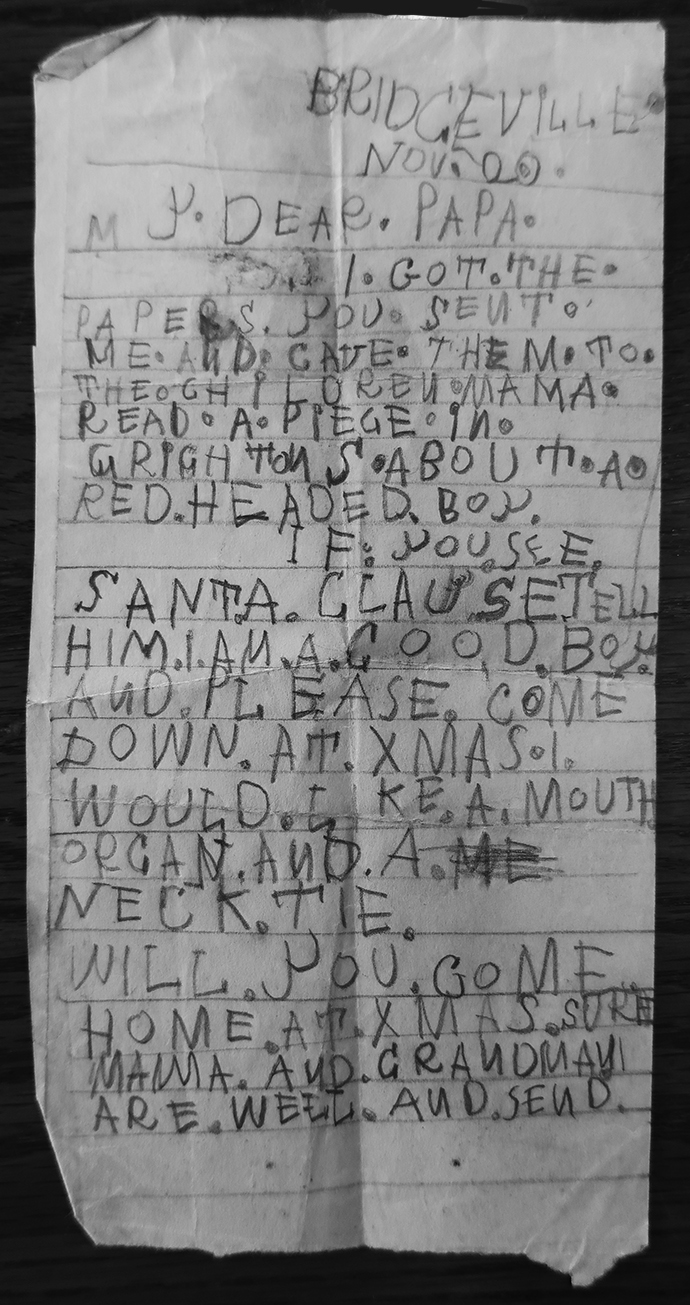 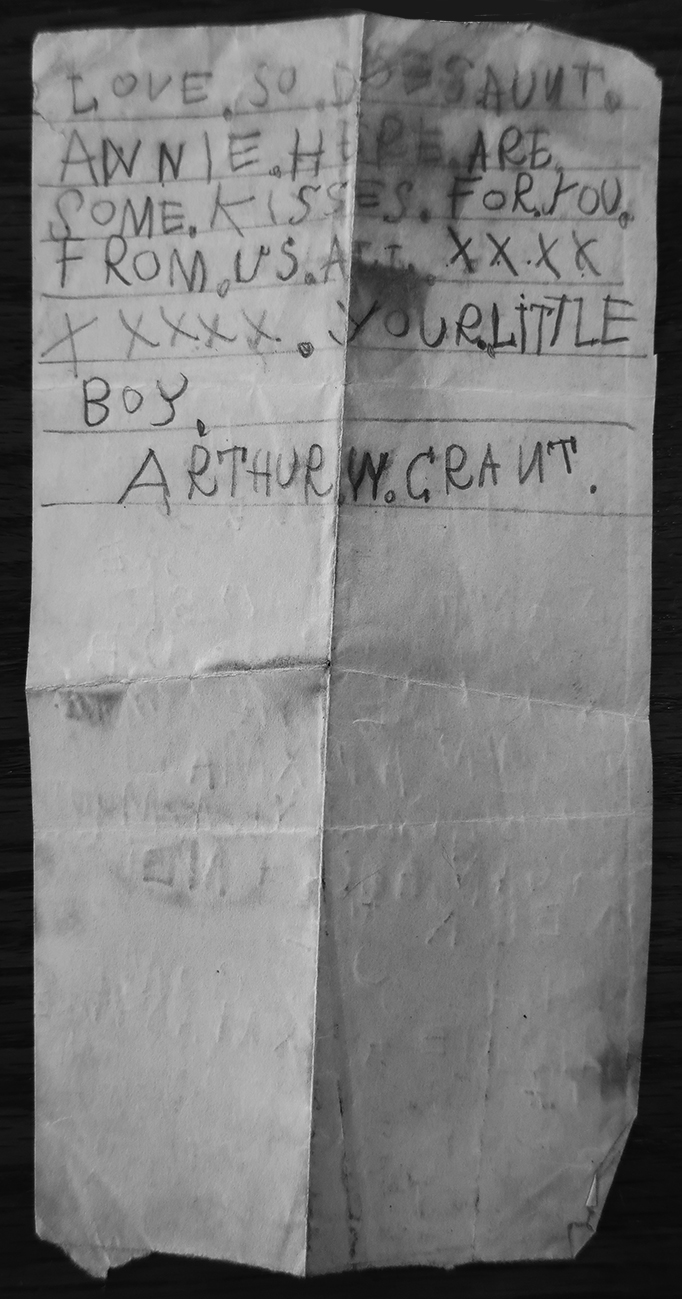 Canada’s Third International Philatelic Exhibition, CAPEX ’87, was held from June 13 to 21 in Toronto. In conjunction with CAPEX, Great Britain issued an Exhibition Card with the 31p and 34p Flowers stamps of 1987 affixed and cancelled 13 June 1987 at Edinburgh Philatelic Bureau, with CAPEX 87 cachet at foot. The stamps, two from a set of four, feature the exquisite photography of Alfred Lammer. The Card was printed by Debden Security Print in two color intaglio and two color lithography.

This Exhibition Card with its intricate patterning, extraordinary engraving and beautiful stamps can be purchased for a pittance, and yet it’s one of the most beautiful objects in my collection! 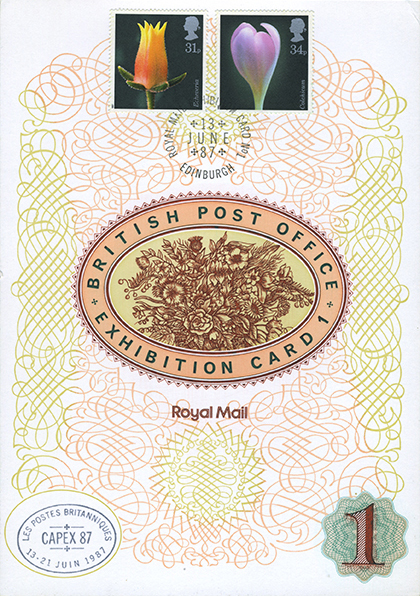