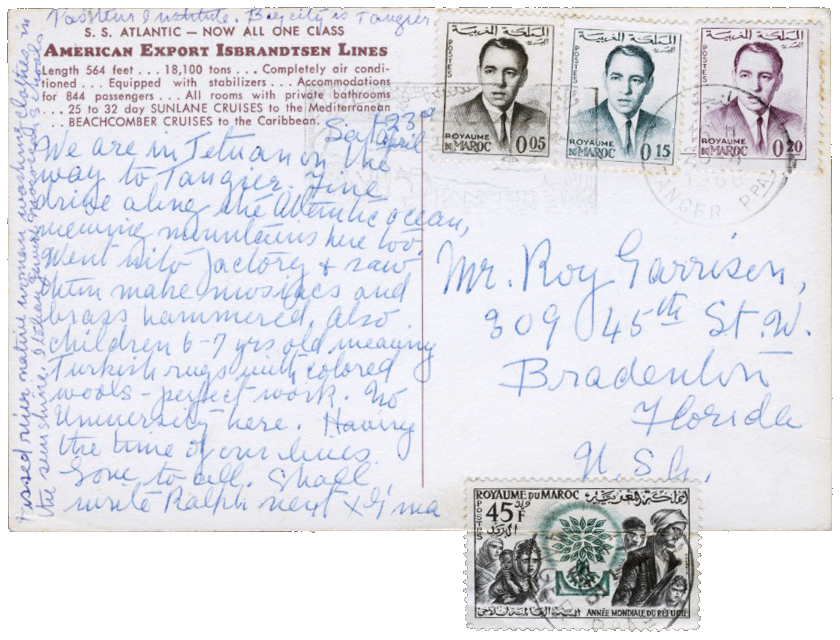 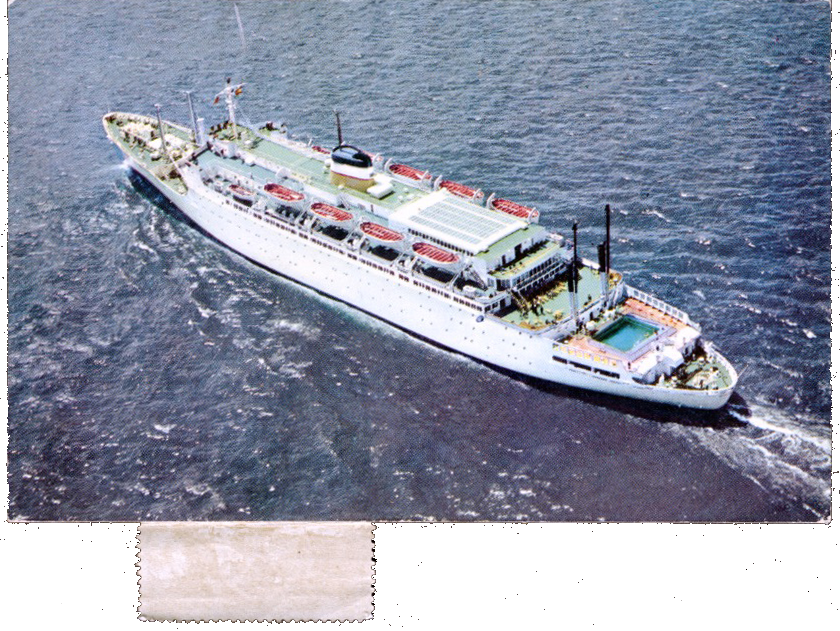 Writing and addressing a postcard home left insufficient space for the stamps on hand. The top half of an unfortunate commemorative was attached to the bottom edge of the card. The bottom half was left dangling!

One would expect that journeying from Morocco to the U.S. the dangling stamp would have been at least partially lost “Overboard.” Not so, even though the stamp was bent and cancelled on the picture side of the card. How in the world did that stamp hang on and survive an Atlantic crossing!

I’d say its miraculous journey was a one-in-a-million experience…but I’d be wrong. See the second postcard below, which employed the same stamp arrangement, though the commemorative here was cancelled where it adhered to the card—and not bent. 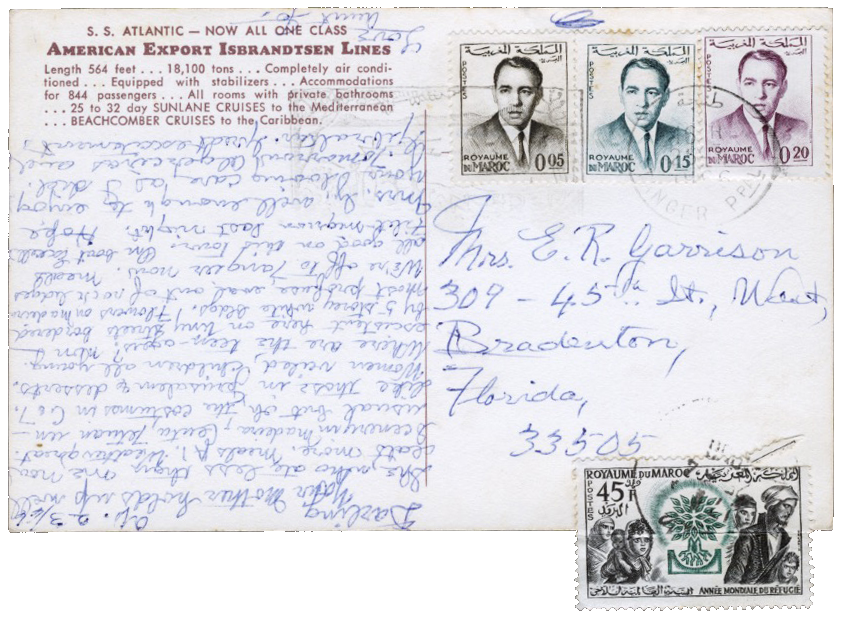 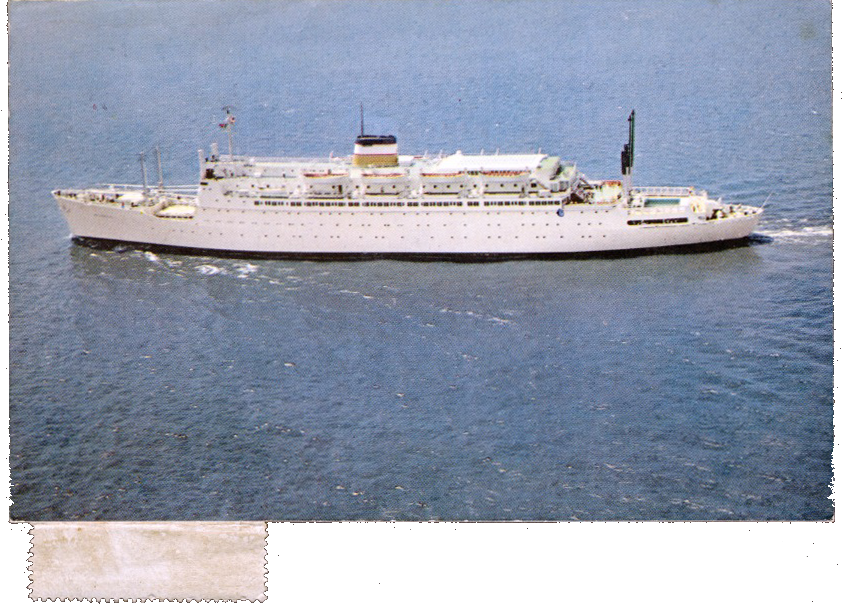