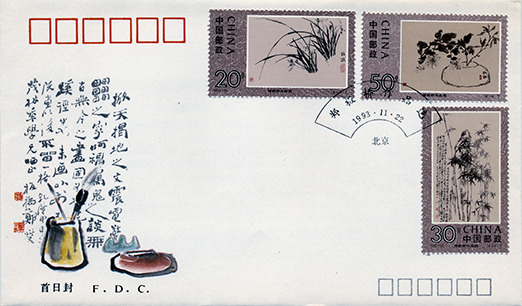 Often when I’m looking for something “fun” to think or write about, I leaf through cacheted covers I’ve purchased inexpensively at stamp shows, simply for their visual appeal. 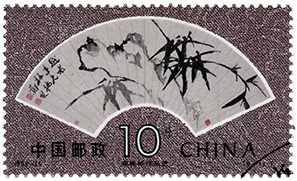 Today I did just that, and was drawn to the 1993 stamps from the People’s Republic of China featuring paintings of Zheng Benqiao. The six stamps of the set were used on two first day covers—three stamps on each. One of the covers is shown above. The beauty of the calligraphy and the use of delicate brushstrokes in the paintings gently, but profoundly, convey a sense of peace and balance in life. 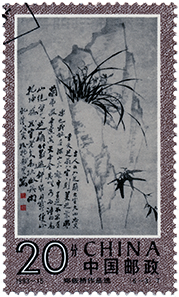 Zheng Benqiao (1693-1765) was from Xinghua, Jiangsu Province, along the eastern-central coast of China. He began life poor, and his father taught him as a child to paint. Through singular application to his studies, he became a magistrate in Shandong Province, but was uncomfortable with the magistrate’s life and critical of the life of government officials. After a little more than a decade as magistrate, he was reportedly criticized for building a shelter for the poor, and he resigned his position. He then began selling paintings to earn a living. 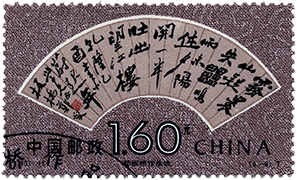 Zheng expressed himself through his artwork. He was adept at freehand ink and wash painting and was eventually recognized as one of the Eight Eccentrics of Yangzhou, known for their individualistic and expressive artistic styles. Zheng is best known for his drawings of bamboo, orchids, and rocks. His calligraphic style was influenced by his drawings of graceful orchids and firm bamboo. He stressed the combination of poetry, calligraphy and painting, adding lines from poems to his paintings to more fully express this themes.

And so an inexpensive first day cover becomes a meditation on a philosophy of life: Simplicity—less is more.