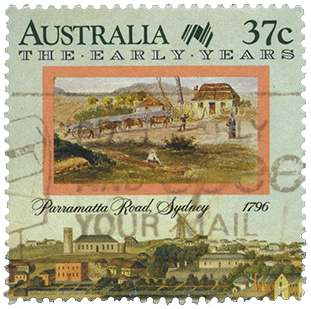 My August 3, 2018 post featured British Colonies Bicolors that I picked up during Volunteer Week at the American Philatelic Center. Here’s another intriguing stamp I acquired at the same time. It’s from a 1988 set called “The Early Years,” part of a series of Australia Bicentennial stamp issues. I was attracted by the apparent primitive artwork featured on the stamp and wanted to learn more, as well as get a closer look at the artwork. The pale, pastel colors, especially the salmon framing of the central image seemed perfectly suited for an appealing presentation of historical watercolor art.
This stamp is one of a strip of five different stamps shown below. Each stamp features a ‘framed’ artwork with a tastefully chosen framing color, and along the bottom of the strip of stamps is one continuous historical scene. The featured artwork on my stamp is a watercolor (Brickfield Hill, or, High Road to Parramatta) from about 1850, likely based on a 1798 etching by Thomas Watling. The watercolor features Brickfield Hill, an area that supplied the early colony’s growing need for bricks. Parramatta Road itself became a major historical east-west artery of Sydney.
This strip of stamps is a attractive door-opener to Australia’s history. Since the country as we know it today largely evolved from a penal colony, the history is unusual and fascinating. It’s a subject I’ve begun to pursue, as you can see by this post, and I plan to continue down that road.
I’d welcome any feedback or insights you’d like to offer. 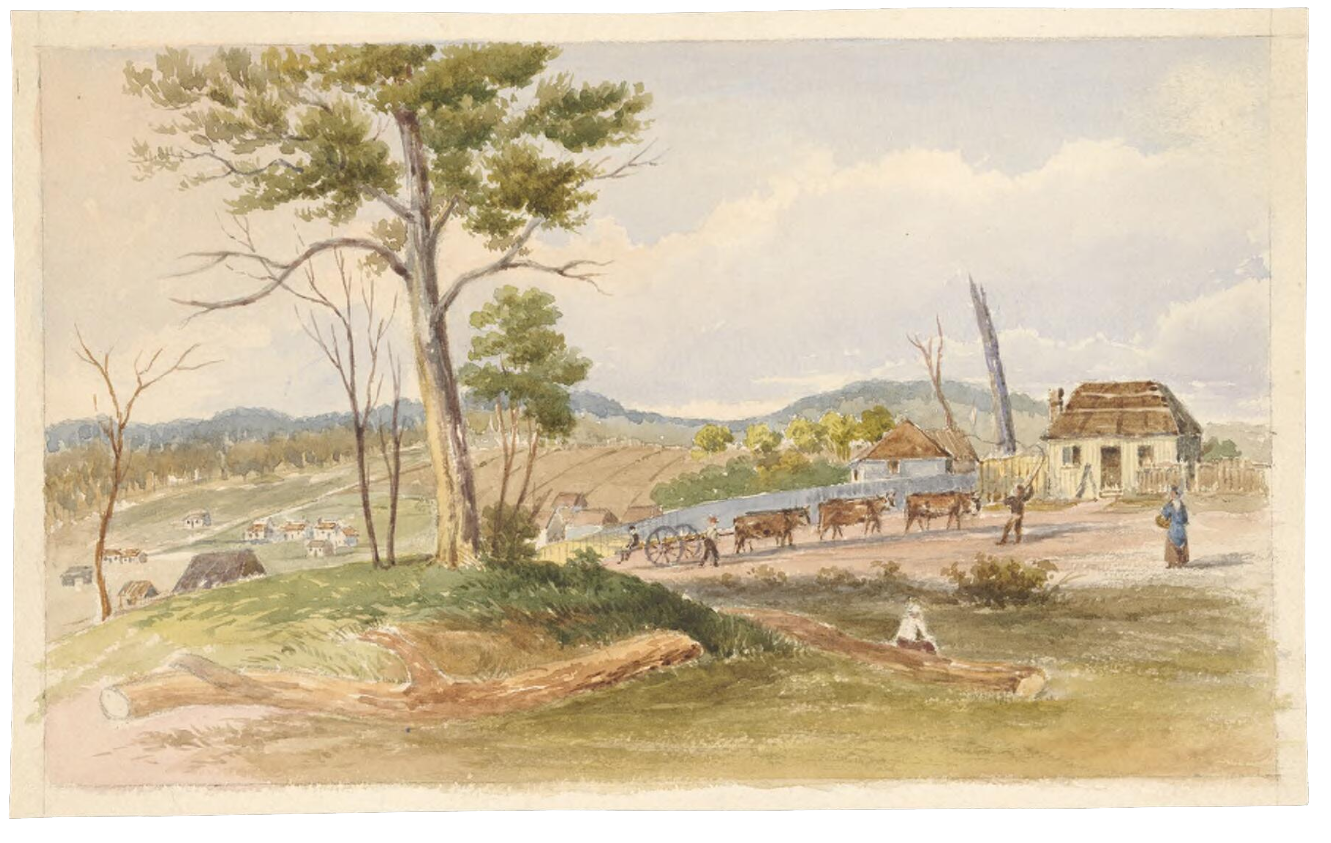 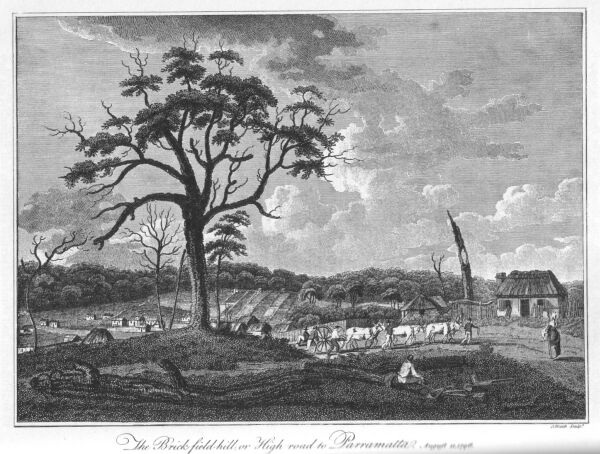